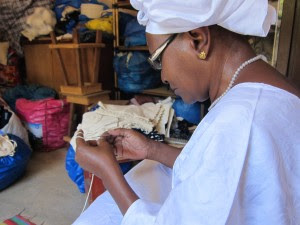 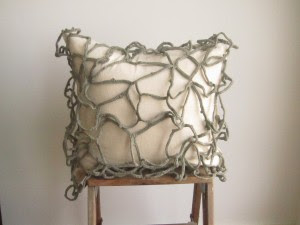 I wanted to share a post I just wrote for The Supply Change blog. It's pretty wordy but a good story nonetheless:)...

I feel like Mali found me.  I knew absolutely nothing about the Francophile, West African country until last summer. I had been talking to a Crafts Development coordinator from an African development organization about working with textiles artisans in West Africa…I thought that I would go to Ghana to work with Batik and traditional African wax cloth fabrics but I was assured that Mali had “the best textiles in Africa”, an opinion that I took as truth and ran with.  I am sooooo glad that I did.  I traveled to Mali in December to work on Proud Mary’s new collection and was totally blown away with the talent and depth of textiles.  I spent the majority of the time in the capital, Bamako and Segou, a village a few hours North along the Niger River working with artisan workshops developing samples for our line that debuted at the New York Gift Fair in January.

I had an idea going to Mali of the collection I wanted to create; I knew I wanted to work with mud cloth (of course, it is Mali) and tie-dye but discovered a wonderful cooperative that works with crochet and had to incorporate that into the new line.  Not your grandmother’s crochet either…these women create insanely unique designs with their crochet.  The head of the cooperative is an incredibly beautiful woman outside and in.  I loved spending afternoons in her atelier speaking the very limited French that I knew and through my translator (who I’m not sure really knew English very well).

About a month after returning from Mali I got news that the head of the crochet cooperative’s husband had been killed fighting in the North of Mali. He was in the Malian military trying to fend off heavily armed insurgents and lost his life after a battle.  Whoa, and we think our lives are intense. [In the past 6 months there has been an influx of insurgents in the North of the country attempting to claim the desert in the North of the country as their own.  The situation was starting to get more intense when I was there but it didn’t seem like something that would actually reach the news in the U.S.]

Fast forward a month and I get news from Mali that there has been a coup d’ etat. The military had taken over the government for not supplying them with adequate resources to fight the insurgency in the North.  Now came the news…a coup in a model democracy in volatile sub-Saharan Africa was now a story.  I’m so glad I’m not there, I hope all of our artisans are safe, how long will it last, and will I get my products; all thoughts going through my head; some selfish and some not.
It’s a strange feeling to be personally connected to a political situation on the other side of the world but this is globalization right?  We’re all connected, we are all people, and we all deserve each other’s respect and love. I am so excited to share our new, Mali collection and support and share the AMAZING, and honorable work of our artisan partners!  Made with some serious love and coming soon to www.proudmary.org!
Posted by Harper at 4/23/2012

Keep up with us! A collection of unique, found objects from around the world.